Corey Conners admits life has changed since he became a father last November, as he and his wife, Mallory, welcomed a baby girl, Reis, into their lives. 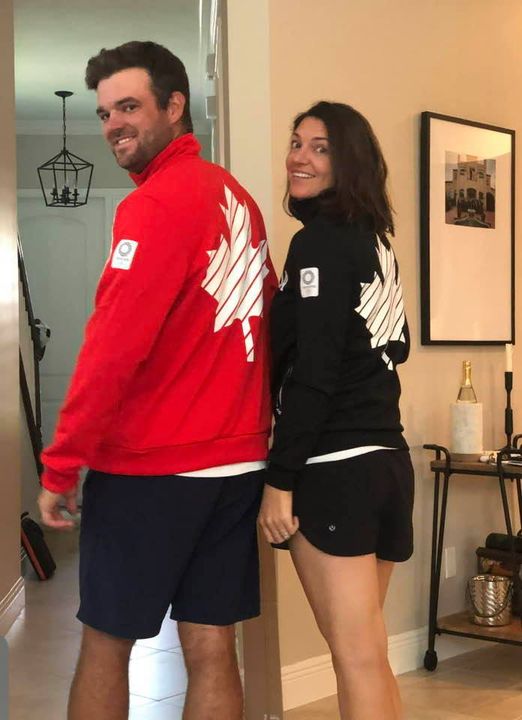 Prior to that, Conners was used to traveling with Mallory, but also deciding his own schedule. The career of a professional golfer on the PGA Tour requires a degree of selfishness in order to be the best. You need to practice when your game is feeling shaky, and tournament weeks are dictated by your playing schedule and external commitments, both to media, sponsors and fans.

But these days, Conners is travelling as much as he can with Mallory and Reis, something he’s truly enjoying.

“It really is a different dynamic,” says Conners, who is ranked 34 in the world, with $2.5 million in earnings this year. “I was used to travelling with Mallory, but now it really has changed, and there’s more to plan for when Reis is with us.”

One of the key things Conners has recognized after becoming a father is the notion that golf isn’t the only thing important in his life. In fact, the ability to have Reis and Mallory on the road when he’s traveling to events has changed his perspective on golf and his life.

“It is really great to have [Reis] here after you’ve played,” he says. “After you leave a couple out there, it used to be easy to beat myself up about it. Now I go to the hotel and see Malory and Reis. Reis doesn’t care how I played.”

That’s clear—if you leave a four-footer short, it is easy for a golfer to beat themselves up. But Conners is finding a different perspective now that Reis is joining him at tournaments.

Of course, Conners isn’t the only Canadian out on tour as Father’s Day approaches. Adam Hadwin and wife Jessica have daughter Maddox, who is often featured on social media watching her father play on television.

Mike Gligic and wife Natasha welcomed a daughter, Natasha, into their lives last November, while Mackenzie Hughes and wife Jenna have two children. British Columbia golfer Nick Taylor has a son, Charlie, who he posed with when winning the AT&T Pebble Beach Pro-Am in 2020, only a few months after the couple had their first baby. Roger Sloan, another BC golfer, has two children—Leighton and Jude.

One thing is very clear—golf among Canadians on the PGA Tour is a family affair, and all will have a lot to celebrate this Father’s Day.

Come Out and Play

Going on at Golf Town

Heading into the final round of the @aigwomensopen

🚨 Calling all Sneakerheads 🚨 The limited ed